GET FREE SHIPPING ON US ORDERS OF $75 OR MORE A Belt for Everyone | Introducing the 3" Petite Straight Belt

A Belt for Everyone | Introducing the 3" Petite Straight Belt

On Friday, May 22nd, we’ll be releasing our next evolution of the 2POOD Belt:The 3-inch Petite Straight Belt.

Like all of our belts, the 3-inch belt has been developed and tested based on the feedback of our customers. Let’s take a look at how we got to the current 2POOD belt lineup.

When we started making shorts early in the 2010 CrossFit season, it didn’t take long for us to recognize the need for a weightlifting belt that could be used during functional fitness and lifting, allowing for quick transitions while providing a high level of core support. The common sentiment that we heard again and again was that leather belts were bulkier and could not be easily taken on and off, hindering the quick transition from a lift to a gymnastics movement.

To solve this, we created the 2POOD Metcon belt in 2011. The Metcon belt allowed for a lightweight belt that could be easily taken on and off while still providing the proper support during the heavy lifts. You could find this belt all over the regional competition floor, and everyone knew what was under the tape on the belts at the Games.

Coming in many different colors, this marked the start of 2POOD developing belts to help athletes lift heavy and perform to their potential.

The Metcon belt is a fantastic belt and is still worn by many top athletes, including 2013 CrossFit Games Champion Sam Briggs. 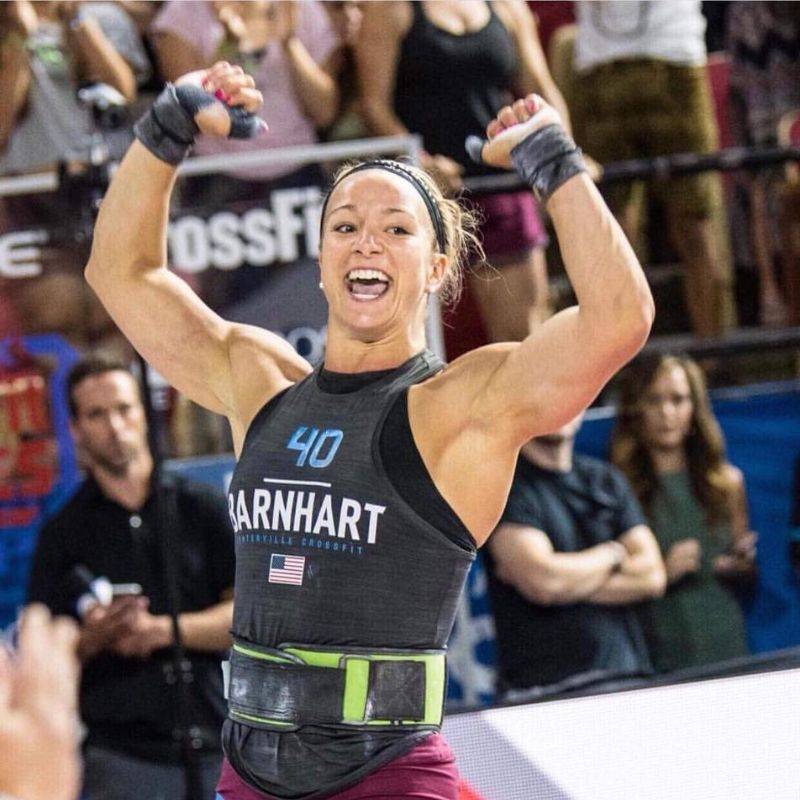 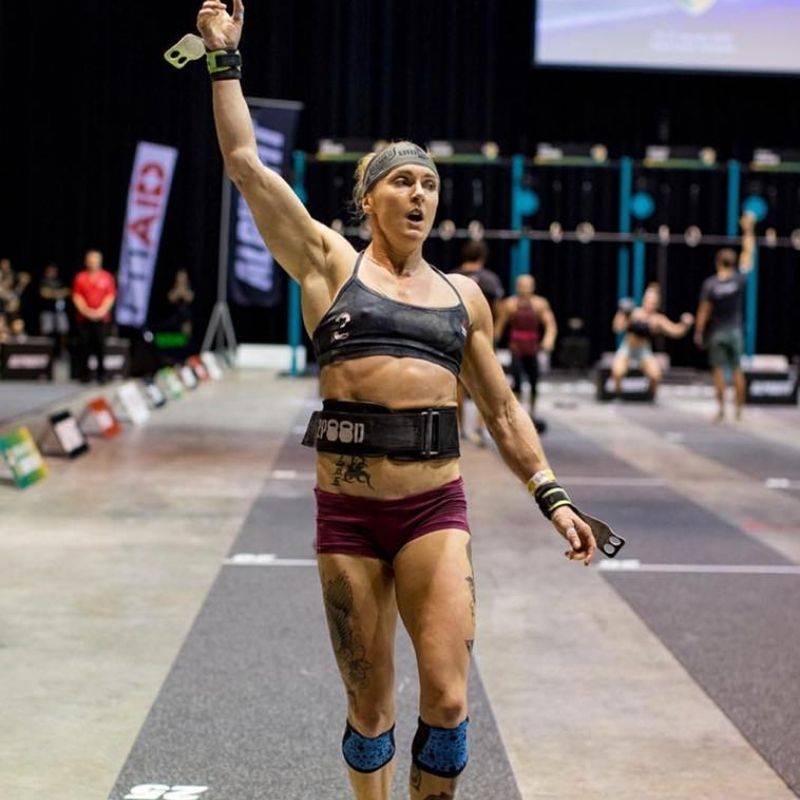 In 2014 we saw a movement of CrossFit athletes competing in weightlifting. In sanctioned weightlifting, all belts must be under 12cm (~4 inches), which left the Metcon belt unable to be used for competition. With our loyal fans still wanting to rep 2POOD on the platform, we needed a new solution.

We initially tried a leather belt, but it had the same issues as other leather belts mentioned before. 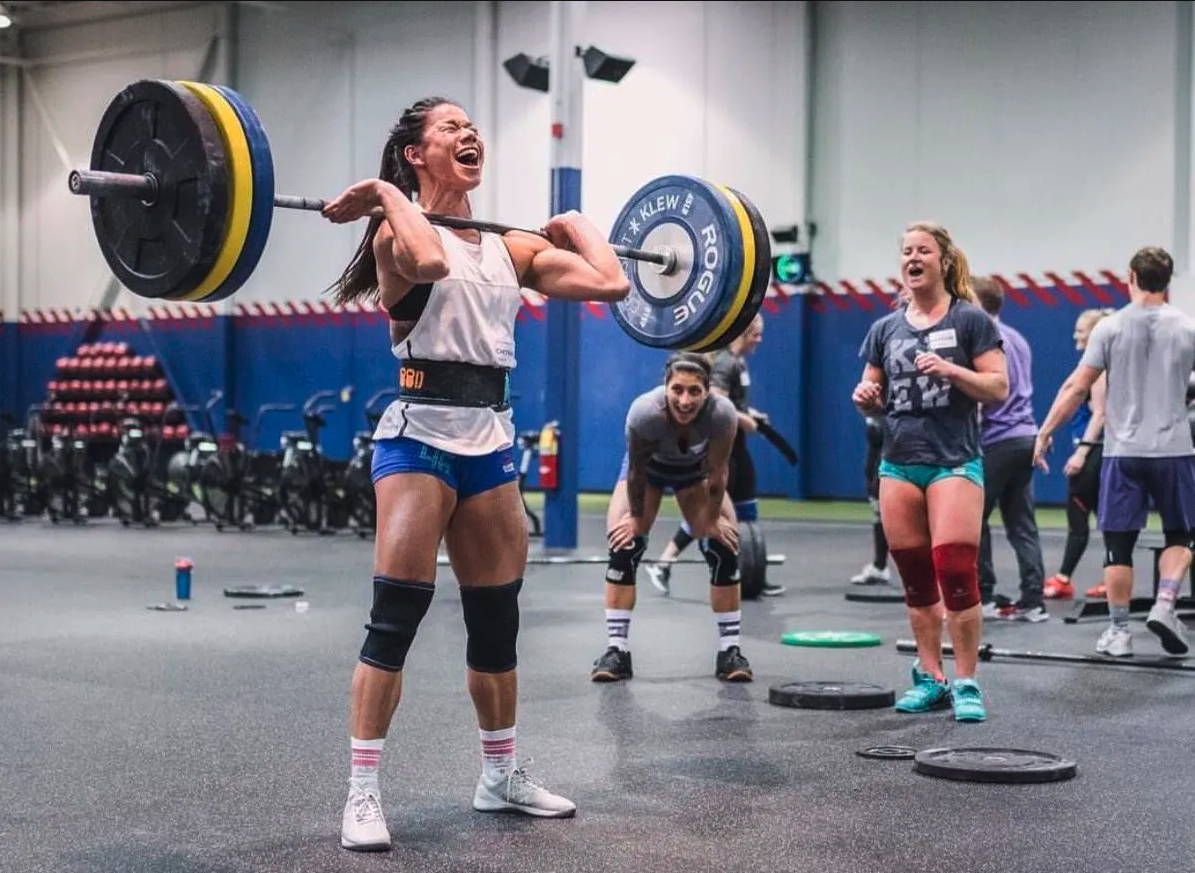 After feedback from our customers, we learned there was still one thing missing from the straight belt: absolute security of the leather belt.

To solve this, we created the WodClamp™. The WodClamp™ provided the absolute security of a prong belt, while not losing the flexibility and support of our straight belt. Athletes everywhere recognized the WodClamp™ as a game changer, helping the 2POOD Straight belt become the most recognizable belt in the Fitness and weightlifting space and worn by everyone from Olympians to everyday people striving to improve their health.

As a company, we exists to help people lift heavy. We do that by making products to meet the needs of athletes of all shapes and sizes. Since its introduction in 2014, the 2POOD Straight Belt has remained structurally the same while also evolving in some materials and construction and of course hundreds of new designs.

Through customer feedback over the years, we’ve realized there’s another segment of the population that’s struggling to find a belt that fits their body type, and that’s the athletes with shorter torso’s.

We found the main issue with shorter torso athletes is the lack of space between their hips and ribs, so we set out to fix that issue.

Through testing, we've now developed a 3-inch straight belt that provides the same WodClamp™, flexibility, and support to the core as the standard 4-inch straight belt, with a shorter height to accommodate shorter torso athletes.

One of the athletes we worked with to develop the 3" Petite Straight belt was Halei Jo. Halei and others have tested our 3-inch belt along the way,leading to the belt that will release soon! Check out what Halei had to say:

🔥Really wanted to thank @2poodperformance 🙌 I reached out to them a few months ago regarding weightlifting belts in smaller width size options bc I didn’t see any on their website. (I unfortunately sustained a pretty nasty injury when my old belt slipped underneath my rib cage catching a heavy clean) 🥺 ANYWAY the gap between my rib cage and hips is just naturally smaller and the regular 4”lifting belt doesn’t work for me . 🤷🏼‍♀️ 🔥Tim, their director of marketing and sales got back to me immediately and asked me what I thought would be good... we exchanged a few emails and that was it. I just assumed I would never hear anything again about it but ALAS, a few days ago I get an email from him that a 3” sample is in ready to be tested! I will continue to test it for a bit but so far I love it and I’m just so impressed by @2poodperformance . 🙌I really appreciate how much they cared to get back to me about the issue even though I’m not a professional athlete or what not.🤩 If you need a lifting belt, please check them out. There should be a smaller option out there soon too!😊

We're releasing a limited first run of around 100 belts to gauge demand and interest in our new 3" Petite Straight Belt. Sign-up now to get an email as soon as they're available in our first release.

The belts will be available in XXXS, XXS, and XS sizes, and in 3 patterns: